She is known to experiment with an array of different styles.

And Kim Kardashian was once again pulling out all the stops as she emerged from her New York hotel on Monday night in the midst of NYFW.

The Keeping up with the Kardashians star, 38, turned her back on her favoured cascading locks in favour of an elegant bob which skimmed her shoulders in length while she also glammed up with her sizzling silk ensemble.

Kim looked sensational in a silk ensemble which cinched in her famously tiny waist while also featuring a perilously low-cut front.

The trousers were perfectly tailored to make the most of her famously peachy posterior while she boosted her diminutive height with heels.

Kim’s hair was in stark contrast to her usual styles, which often comprise of tumbling lengths however her penchant for wigs means her choppy locks may be temporary. 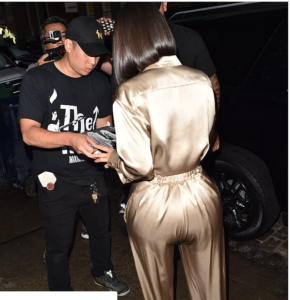 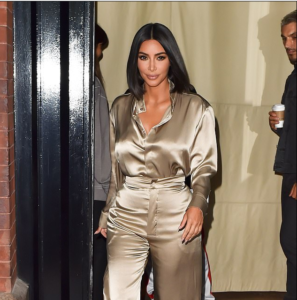 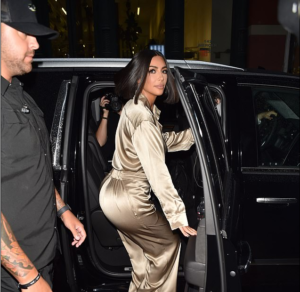 Her outing comes after Keeping Up With The Kardashians fans were moved by scenes in the new series’ premiere which saw Kim break down in tears as her doctor revealed she’s tested positive for lupus antibodies.