UK grime star Stormzy and TV presenter Maya Jama have split, it has been confirmed.  The pair have parted ways after more than four years together.

A representative for Radio 1 DJ Maya confirmed reports of their split to Metro, commenting: “Yes, I can confirm the relationship has ended and Maya has separated from Stormzy.”

The Sun previously reported they had broken up in order to focus on their careers and that Maya has since moved out of their shared home in London.

Stormzy – real name Michael Ebenazer Kwadjo Omari Owuo Jr – is believed to have attended Maya’s 25th birthday celebrations at the weekend, but their relationship broke down in recent days.

The pair started dating in January 2015 after first meeting in October 2014.

In an interview last year, Maya said their romance was successful because they are in similar industries.

She told OK! magazine: “You’ve got the same interests. It kind of goes hand in hand if he’s performing at an awards show and I’m doing the red carpet there, it’s nice you can have your jobs together, which is a good thing.

“I suppose you understand each other’s jobs a lot more than if I worked at Urban Outfitters still and he was travelling the world! It probably wouldn’t feel that nice.” 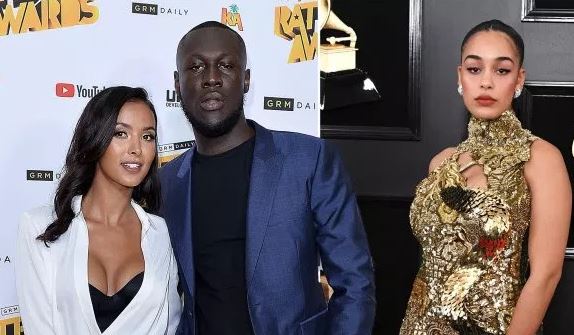 Meanwhile, rumours began circulating on social media that the Big For Your Boots rapper had ‘cheated’ with fellow musician Jorja, whom he has been friends with for several years. Approached about the online speculation relating to Stormzy and Jorja, a rep who manages both stars told Metro.co.uk: ‘I can confirm any accusations or reports surrounding Stormzy’s infidelity to Maya are categorically not true.’