Share
Kylie Jenner is loving the skin she’s in.The Keeping Up With the Kardashians star opened up how her body has changed since giving birth during an interview with Glamour U.K.

“Pregnancy completely changed my body at a super young age,” she told the magazine. “But I really don’t care.”

This isn’t the first time the makeup mogul has discussed her body since welcoming Stormi Webster. The new mom talked about the topic earlier this summer during a YouTube video with her bestie Jordyn Woods.

While the Kylie Cosmetics head said people assumed she was able to “bounce back super fast” after giving birth and that everything was “perfect,” she also acknowledged that people “can get the wrong idea on Instagram.” In addition, she said going through these changes at such a young age can be “physically, mentally and emotionally a challenge.” Although, she also described her experience as “a beautiful thing.”

“It was such a great pregnancy and birth and, like, I’m so happy and I would have done the same thing over again,” she said in the video. “But like, you know, my boobs are definitely, like, three times the size, which bothers me. I have, like, stretch marks on my boobs. I feel like, you know, my stomach isn’t the same. My waist isn’t the same. My butt’s bigger and my thighs are bigger, like everything.”She then added, “It’s just a change and, honestly, I’m finding, like, I have to change my style a little because nothing in my closet fits me from before. And I, like, really want to gain my core back. I feel like I have like, fake abs right now. It’s just like, genetics, but I want, like, real abs. I know I can have, like, a super fit body and just for my health, like, I want to do this and I want to feel good.”

It seems like Kylie is still working towards this goal, too. Just a few weeks ago, she wrote on social media that her abs were “making a comeback.” 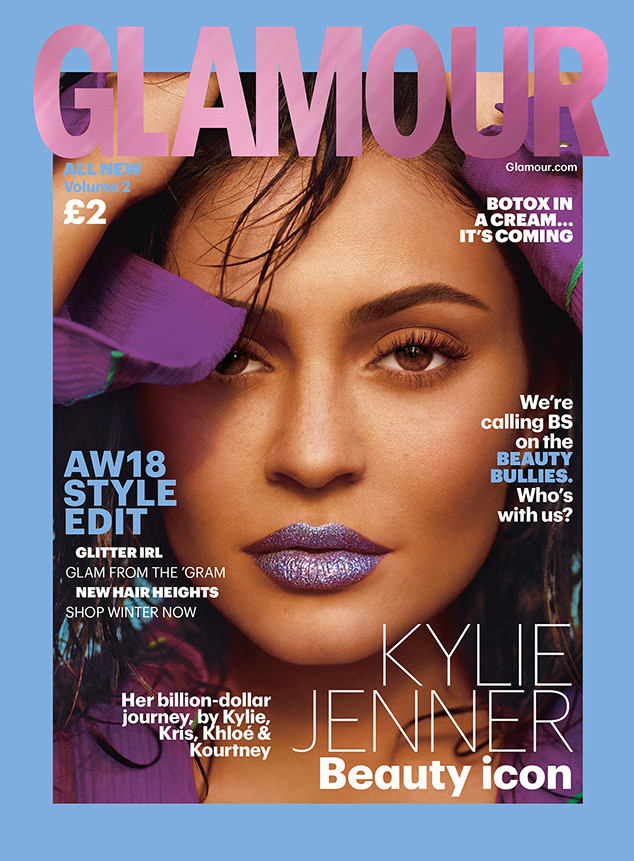 Living in limelight doesn’t make dealing with body image any easier. During her interview for Glamour U.K‘s Autumn/Winter issue, she opened up about the impact people’s hurtful comments have had on her life.”So many negative things come at me all the time,” she told the magazine. “Of course, it does affect me, but you develop a thick skin. Nothing has lasted so long that I haven’t gotten through it, so whenever a new bad story or rumor emerges, I know it will pass, too. Everything in life is transient.”

However, she isn’t letting the haters bring her down. The reality star has grown her cosmetic company into an empire and landed the cover of Forbes‘ “Richest Self-Made Women” issue. The publication estimated her net worth to be about $900 million.

During her recent interview, she said she works hard for her daughter and that passing down her business “would be such a cool thing to do.”

To read more from her interview, check out Glamour U.K.’s Autumn/Winter 2018 issue via digital download or newsstands starting Sept. 13.