While a Facebook Live video was being recorded, a man identified as Devyn Holmes, has been accidentally shot in the head by girlfriend, Cassandra Damper.

The unfortunate event occurred while the pair engaged themselves in a conversation in company of another man Cadilac Coleman.

According to Mail Online, injured Holmes has been placed on life support following an unintentional discharge of bullet on Sunday, April 1, 2018. 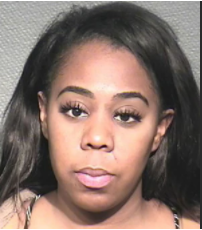 The victim and his friends reportedly parked at a petrol filling station in Houston, Texas, where the incident occurred.

A grand jury is expected to decide on a charge against Damper who reportedly tried to cover up involvement.