There have been claims that Tobi has received preferential treatment on the show because of his relationship with official sponsor of #BBNaija, Heritage Bank.

Heritage Bank has responded to the alleged relationship between the bank and Big Brother Naija housemate, Tobi.

Since the new season of #BBNaija kicked off, there have been insinuations online that Tobi has received preferential treatment on the show because of his relationship with Heritage Bank.

In a tweet shared on their official Twitter page, the bank revealed that Tobi worked with the bank, but had resigned appropriately prior to the show.

We know you have all been wondering about Tobi’s connection to Heritage Bank. This is to clarify that he is a former staff of the bank and resigned appropriately prior to the Big Brother Naija show. #HeritageBank #BBNaija2018 pic.twitter.com/UqotZeQRl5

A native from Ogun state, Oluwatobi Bakre had introduced himself to viewers as a banker, who is also passionate about photography and football.

Since he entered the Big Brother house, Tobi has won the Head of House thrice. 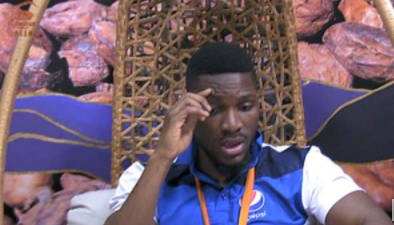 He was previously paired with Cee-C, but was separated from her after she got into a fight with Lolu, and was permanently paired with him by Biggie.

Reactions to Tobi working for Heritage Bank, and the released statement

Heritage bank lied about Tobi’s resignation. I watched the scene myself when tobi said he didnt resign and may return to d bank. This is not dem say. I watched https://t.co/k9vS6YY7cK was even Teddy encouraging him to think bigger. How do u trust a bank that lies! #bbnaija

Heritage bank gives a task. Tobi works for that bank…

His group have a great advantage over the rest.

It is well. #BBNaija

All of you that are always bringing Heritage bank into Tobi’s matters, I just wonder if It’s heritage bank that helped Tobi win HOH 3 times now #BBNaija

Tobi is the new HOH. Everyone at Heritage bank just breath a sign of relieve. imagining trying to come up with a reasonable cause to nullify the Nominations this week again. #Bbnaija #Bbnajia